The one simple thing I did to significantly improve my health...

Hi there!
My name is Wes. As someone who is very concerned about my family's health, I was alarmed to learn there are a plethora of harmful contaminants in our nation's drinking water supplies.
My family and millions of other people are exposed to contaminated water everyday in America.
And I didn't even realize how it was affecting my health...
I struggled to stay awake in the afternoons, I lacked concentration (brain fog) and sometimes I found it difficult just to keep up...
I thought I was doing everything right...
I ate healthy healthy foods, I mostly got 7-8 hours of sleep at night, and I even worked out when I could.
But still, I suffered from lack of energy and concentration and just a general feeling of sluggishness...
Then I learned how bad my tap water was and how it may be the reason my health was suffering...

While most of the nation's drinking water technically meets the federal drinking water standards, over 250 contaminants tested in our nations water supplies are well above what authoritative scientific studies have found to pose health-risks.

In fact, there are no Legal Limits on over 160 harmful contaminants found in our nation's tap water.

"This is inexcusable," I thought when I discovered this.

Knowing I could not rely on the city to protect me and my family from contaminated water, I decided I had to take action and protect my family.

It was time to buy a water filter system.

However, I thought choosing the best water filter system for my family would be a straight forward process.

I was very much mistaken.

You see, I come from a science background and design, manufacture and calibrate some of the highest quality water quality analyzers in the world.
These analyzers have the ability to detect contaminants in water much lower than traditional analyzers on the market.
This means I can test water filters to verify how good (or bad) they are at removing contaminants in drinking water.

So which filter system was best for my family?

I knew the far-and-away the most popular filter in households are simple carbon based filters.

They are usually installed in the water system found in refrigerators or in the popular "pitcher" water filters found in many homes.

The problem is, these filters let many chemicals pass through the filter.

Since carbon based filters weren't going to cut it for me, which filter system would work best to protect my family?

What followed was months of research and testing.

I poured over dozens of studies and product data sheets on drinking water filters.

There are many dozens of companies out there selling hundreds of different filter systems claiming they had a perfect, "all-in-one" filter for me.

But they don't know the source of my water and what chemicals were in it, so how could they really protect me?

After reluctantly settling on a water filter system that looked the best, I thought I would be the hero and try to install it myself. What a joke!

After opening the packaging I soon realized I would need a professional plumber plus someone who could drill a hole in my granite counter top to install a special water spout.

After paying the plumber way too much money to install the system and using the filter system for months, I thought I had found a good system.

Then I realized I should probably change the filters out before they become spent and stop protecting my family.

But when was I supposed to change out the filter cartridge? How long do they actually last before they stop protecting my family?

This became an ordeal nearly as time consuming and confusing as finding the right system to purchase.

When I finally learned when to replace the filter cartridge, trying to change it out was an ordeal as difficult as installing the whole system to begin with.

I had to use special wrenches and water spilled everywhere. It became a huge mess!

"Due to my many years of experience designing, developing and manufacturing high quality water analyzers," I thought to myself, "maybe I could make an effective and easy-to-install system myself?"

After a long period of researching, developing and testing my own filters, I finally produced a water filter system I felt confident would protect my family.

And it works wonders...

The secret to developing an effective filter is to design the filter based on what's actually IN my tap water.

By discovering the actual source of my tap water and where it came from, I was able to identify the typical contaminants found in my water. This allowed me to formulate a filter optimized for my water source.

And now, after protecting my family and creating filters for many of my friends to test and give feedback, I finally decided I shouldn't hold on to this secret any longer.
It was time to help the others exposed contaminated drinking water across the country...
It was time to build custom filters for the public based on their water source.

Here's how it works:
1) Based on the shipping address provided at checkout our water experts identify the source of your water in order find out which contaminants your water typically contains.

2) We create a filter formulated for your tap water source to best remove those contaminants.
3) When it's time to replace the cartridge, one will show up at your door automatically if you sign up for the optional Subscription Program...
This allows you to confidently protect your family from contaminants in your tap water just as I am protecting my family.

We believe our filters are the single most effective way to protect your family from chemicals and other contaminants in your drinking water while allowing the healthy minerals to pass through.

We promise to deliver:
In addition to these benefits, we decided to personally back up my filters with a 60 Day Guarantee.

This guarantee allows you to TRY THE FILTER RISK FREE for 60 days.

If for any reason you are not happy with the filter, simply mail the filter back to us within 60 days of purchase and we'll fully refund your money.

It doesn't matter if you've already used the filter...we just want you to be happy!

So take action protect you and your family today from dangerous chemicals in you water.
Join the club today!
To health and happiness,
Wes
CraftedWater, Founder & CEO 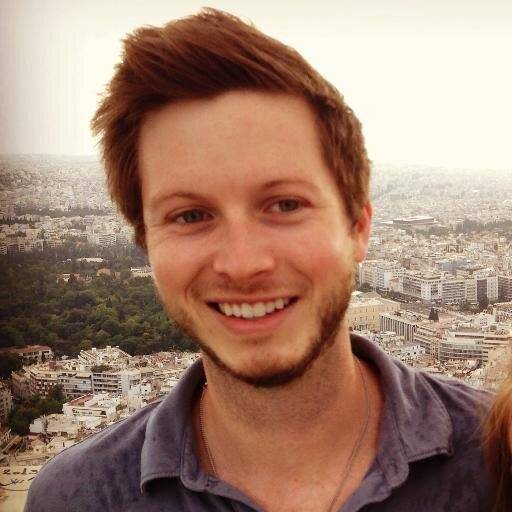